Episode #2 - Matt Zoller Seitz (Born on the Fourth of July)

“I’m a formalist in some ways and a humanist in others. Those two things don’t reconcile very easily. But ultimately, I don’t see my criticism as anything other than a personal response to what I happen to be writing about, and a lot of that is bound up in where you are in your life.”

Peter sits down with New York Magazine TV critic Matt Zoller Seitz to talk about the many different hats he has worn during his cinephile life, which have included film critic, pop culture journalist, filmmaker, video essayist, blogger, and more. Matt discusses growing up in Texas, discovering New York City, and dissecting some of his favorite filmmakers. The two explore his nature as both a film and TV critic, his discovery and love of video essays, and how The New World inspired one of the best film criticism blogs today. Finally, they dig into the Oliver Stone’s Born on the Fourth of July, which Matt explains as one of the quintessential great narratives about a man discovering his true self.

“If you are coming from a place where it make it so manifestly plain that you literally do not know what you are talking about, that is bad practice, and it’s spreading lies. It’s worth getting mad about. It’s worth fighting against.”

In episode #1 of The Cinephiliacs, Peter sits down with the former Premiere and current MSN Movies chief film critic Glenn Kenny to talk about his life reviewing movies. Glenn discusses his early childhood reading about films he never thought he would see to his days as a minor rock star and music critic, eventually finding his way to Premiere. The two also explore Glenn’s habit of policing bad criticism, his issues with Joe Swanberg, and his relationship with David Foster Wallace. Finally, they get into Michelangelo Antonioni’s Blow-Up, examining how the film refutes categorization (and how Antonioni turns a photo shoot into cinema’s greatest sex scene).

Read more »
Posted by Peter Labuza at 8:10 AM No comments:

The Cinephiliacs: An Introduction 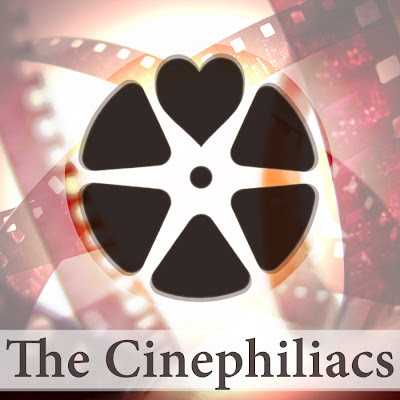 “It’s sad in some ways to see the old paradigms of cinema dying in the U.S. But the emerging paradigms of cinephilia in this part of the world are exciting to me, and I don’t believe that we’re obliged only to lament the new state of things.”

In the last twenty years, film culture and cinephelia specifically have radically changed and altered the way we watch and think about film. No longer is cinephilia something relegated to an elite group who have access to 35mm prints and screening rooms in urban areas. Today, cinephiles come in all different shapes and forms. They are critics, bloggers, festival programmers, distributors, teachers, and often some strange combination of the bunch. They watch films at theaters but also on DVDs and from streaming sites. Their taste might by low budget horror films or Romanian cinema or animated films. There’s no end to what form and shape a cinephile might be today.

So who are these cinephiles? How did they become interested in film? And what makes them so passionate about this medium? Welcome to The Cinephiliacs, a new podcast dedicated to explore the forms of cinephilia all around us. Hosted by me, Peter Labuza, each week will be dedicated to interviews with the great cinephiles of today. My hope is to ask questions that will illuminate not only the history of cinephiilia but also cinema. Think of it as “WTF With Marc Maron,” except with cinephiles in the chair.

Each podcast will include three acts. Act One: Establishing Shots will include some thoughts and reflections by me on any current trends in criticism and cinema culture. Act Two: Deep Focus will be the main portion of the show, in which I’ll sit down with a cinephile to discuss their relationship to cinema. Finally, in Act Three: Double Exposure, I’ll ask each guest to choose a film of particular importance to them and briefly chat about why they find the film so fascinating.

Since this is a new podcast, I’m hoping to grow and change the show as needed. If you have ideas, comments, suggestions, please email me at feedback@thecinephiliacs.net. Once the iTunes page is up, please subscribe to the show. You can also like our Facebook page or follow the show on Twitter. Finally, if you really love the show, you can donate to the show via Paypal. This will go to the equipment and hosting costs of the show.

On that note, please look for Episode #1 on July 16th, in which I’ll sit down with Glenn Kenny to discuss is work as a film critic at Premiere Magazine and beyond, as well as discuss Michelangelo Antonioni’s Blow-Up.
Posted by Peter Labuza at 10:14 AM No comments: