Special Episode - Our Favorite Films of 2012 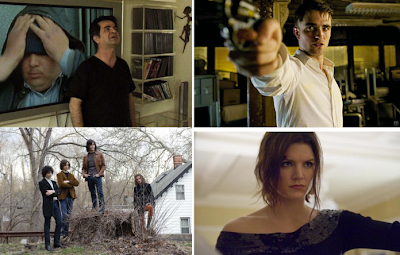 Peter believes that the Top 10 list is less of a summation of a year in film than a personal statement on how one view's cinema at that moment. So in this epic 2+ hour episode, he invites the idiosyncratic Keith Uhlich to join him on a journey through the year in film. They discuss terrorists and presidents, romances and mentors, artificial and stylized views of the world to authentic miracles. Plus some of Peter's former guests and friends of the show call in with their picks, and they also list some of the great films of years past that they finally caught up with. 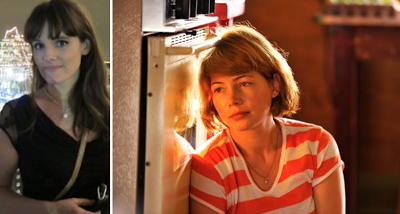 "I tend to be an optimist most of time. I want movies to be good. But when you can look at something—look at the whole big picture, you know everything that's coming out next year already. You have this knowledge of how all the moving pieces are fitting together. It's fun to know I can cover all of that. "

Peter can often get lost in the history of cinema that he often forgets that movies were born in the industry, and Hollywood keeps that art alive. So for his last interview of the 2012 season, CinemaBlend editor-in-chief Katey Rich joins him for a lively conversation about the ins and outs of the movie industry. Katey discusses her origins as a moviegoer in South  Carolina and her interest in why things were popular to the trials, tribulations, and pleasures of running a site that is always about the "now." They then get into some of the more interesting pieces she's written about the depiction of women in Hollywood, as well as why it's okay to nitpick. Finally, they dive into one of 2012's more intimate and underrated films, Take This Waltz, and discover how Sarah Polley can add real magic to a story as old as time.

"I really like films that engage with the world. Film to me is, persay, a medium. It’s not an end in itself. I like films that deal with human reality, the different problems we have in the world, the different cultures we have in the world, all the sort of compliexities we have going through life—political, romantic, psychological—and I think film is an incredible medium for showing that."

Godfrey Chesire has seen it all. From his early experiences with the Westerns of John Ford, to his experience of the American New Wave while abroad in Europe, to the discovery of Chinese and Iranian cinema in the 1990s, Cheshire has remained an essential voice about how to talk and think about cinema in an honest and humanizing way. So Peter is quite excited to take him back through a whirlwind tour of his career, from the alt-weeky The Spectator to the heyday of the New York Press, and through his experiences with Edward Yang and writing about the emergence of digital cinema. The two also discuss his documentary Moving Midway, a film that battles his own personal history and cultural history of the plantation, and end their discussion with Abbas Kiarostami's all-too-fascinating text Close-Up, which they easily declare the Citizen Kane of Iranian film.

Read Godfrey Cheshire at the New York Press, Film Comment, the New York Times, and The Criterion Collection (Many of Cheshire's articles are only available via digital archives—please contact me via email if there is a particular article you would like at feedback@thecinephiliacs.net).
Watch Moving Midway on Netflix.

Read more »
Posted by Peter Labuza at 9:57 PM No comments: