"Film culture is at its best when it's in conversation."

Miriam Bale is interested in cinema, but she's almost more interested in the conversations that develop out of cinema. So naturally, Peter thought it would be a great idea to bring the programmer and critic to discuss how she found her way to the movies. Miriam discusses how music taught her how to curate cinema, her love of repertory cinema, and the love of minor literary genres from actress autobiographies to cookbooks. The two also talk about her feminist film criticism and the journal Joan's Digest she started, as well the La Di Da Film Festival and the ways to build a new type of "community" film festival. Finally, they dig into Johnny Guitar, Nicholas Ray's intoxicating western starring Joan Crawford, which Miriam sees as a way to truly build surreal space and time. 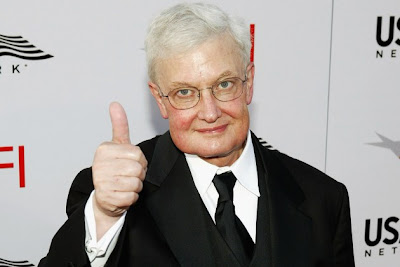 On Thursday, April 4th, 2013, the film critic Roger Ebert passed away at the age of 70. It was hard to deny the influence of someone who was easily the most recognizable film critic of all time, so Peter felt compelled to dedicate an entire episode to his legacy and work. For this special episode of the podcast, Keith Uhlich, Matt Prigge, Kenji Fujishima, and Godfrey Cheshire all join Petter for a discussion of his life, work, and legacy of its legend. The topics run far and wide, from his honest writing style, to the critics he plucked and championed, to his reflections of life and death, and even his own admittance of occasional failure with certain films and filmmakers. The five dig into the times they encountered Ebert (some in person and some online), and attempt to honor someone who will be with them forever.