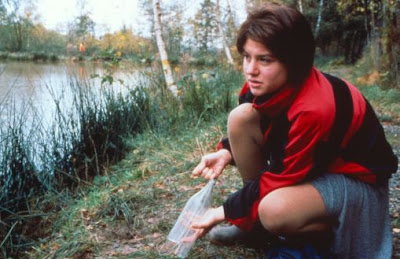 "Does the film offer a space or entry point to someone who is not sympathetic to its agenda? That's something I think all films should do."


Since film discussion has been on the Internet, so has Victor Morton. The very opinionted and didactic film blogger joins Peter for a journey through his cinephile life. Victor tells the tales of growing up in both Scotland and Texas, before finally finding a voice on the famous UseNet groups of the early Internet. The two then discuss his approach to cinema as a conservative, the influence and analysis of viewing films through a Catholic prism, and the continuing wonders of Romanian cinema. Finally, the two dive deep into Jean-Pierre and Luc Dardenne's Rosetta, a film which might not have any specific Christian themes on its surface, but the two find to be deeply, deeply spiritual. 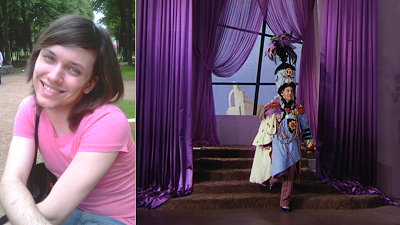 "There are thousands of older movies we could be talking about right now!"

Being a cinephile outside of places like New York or Chicago is a very different experience than what Peter is used to, so he treks to Northfield, Minnesota for this conversation with blogger Andreas Stoehr. Andreas discusses growing up on classic horror movies and how one manages a cinephile life when the town you live in doesn't even have a multiplex. The two also discuss the major challenges in the blogging universe, the fascinating creatures of horror movies, and the state of LBGTQ cinema. Finally, Andreas invites Peter to examine The 5,000 Fingers of Dr. T, which is the only film ever written by Dr. Seuss and somehow manages to subvert  every social anxiety of 1950s American life. Plus, in honor of Father's Day, Peter has a quick chat with his dad about his cinephile life.

"What a film series does is let you take a critical idea and then put into practice. You say, 'let's look at these films, and what do the actual films on screen show us.'"

Exploring cinema doesn't just end when the final reel spools; it's also about learning the history and future of how moving images play into our daily lives. At the Museum of the Moving Image, David Schwartz programs the films that accompanying and work into the Astoria-based institution dedicated to this mission. In his conversation with Peter, David describes how he originally got hooked into New York's repertory film scene and how it eventually led him to programming. They discuss the importance of exploring new media and the avant-garde, the difficulties and advantages of the digital transition, and working with an ever changing audience. They finish off their conversation with a discussion of Andy Warhol's Beauty #2, an avant-garde work that David argues for the very precise control of the director in this apparently improvised movie.