Episode #35 - Mark Harris (The Best Years of Our Lives) 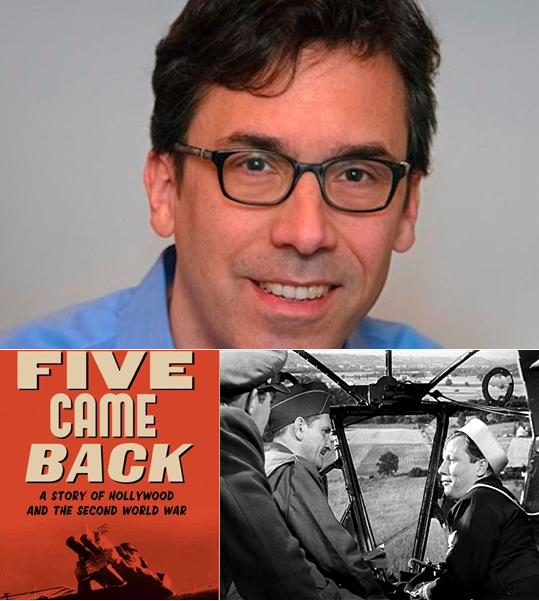 "I was interested in the story of these five men who were in Hollywood and established directors, then left, and then came back."


During World War II, five of Hollywood's star directors, whose names had been behind some of the biggest box office hits and Oscar winners, dropped their entire careers to go to war. Their goal was not to fight, but to document. Besides being the only Oscar columnist worth reading, Mark Harris is now the author or Five Came Back: A Story of Hollywood and the Second World War. In this podcast, Mark and Peter sit down to discuss this essential read, examining the relationship between Hollywood and the government, the problem of realism and re-creations, and the pains felt by men who returned to a system that seemed to have forgotten them. Finally, the two discuss William Wyler's The Best Years of Our Lives, a universal drama that has numerous touches of the director's own war experience.

Read Mark Harris on Grantland, New York Magazine, and Entertainment Weekly; purchase Pictures at a Revolution and Five Came Back.
Follow Mark on Twitter.
Notes and Links from the Conversation
-Interview with William Freidkin after the new DCP of Sorcerer
-The Beacon Theater
-The 1974 Oscar Ceremony
-Reel Facts: The Movie Book of Record
-Mark's recap of the 2014 Oscar Ceremony
-Information on the Academy Library
-Information on the John Ford papers and Frank Capra papers
-While never mentioned, the question about the relationship between Hollywood and political material is in part inspired by the controversial book by Ben Urwand, The Collaboration.
-Wendel Willkie
-Otto Freidrich's City of Nets: A Portrait of Hollywood in the 1940's
-Sam Fuller tells his own "war stories" in his autobiography A Third Face
-Why We Fight: Prelude to War
-Know Your Enemy: Japan
-John Ford's The Battle of Midway
-John Huston's The Battle of San Pietro
-Let There Be Light is availible on the Blu-Ray for Paul Thomas Anderson's The Master. It also influenced Arnaud Desplechin's Jimmy P: Psychotherapy of a Plains Indian
-Tunisian Victory
-William Wyler's Memphis Belle
-More on George Stevens can be found in the film George Stevens: D-Day to Berlin
-More footage of Dachau as shot by George Stevens
-James Agee's "So Proudly We Fail"