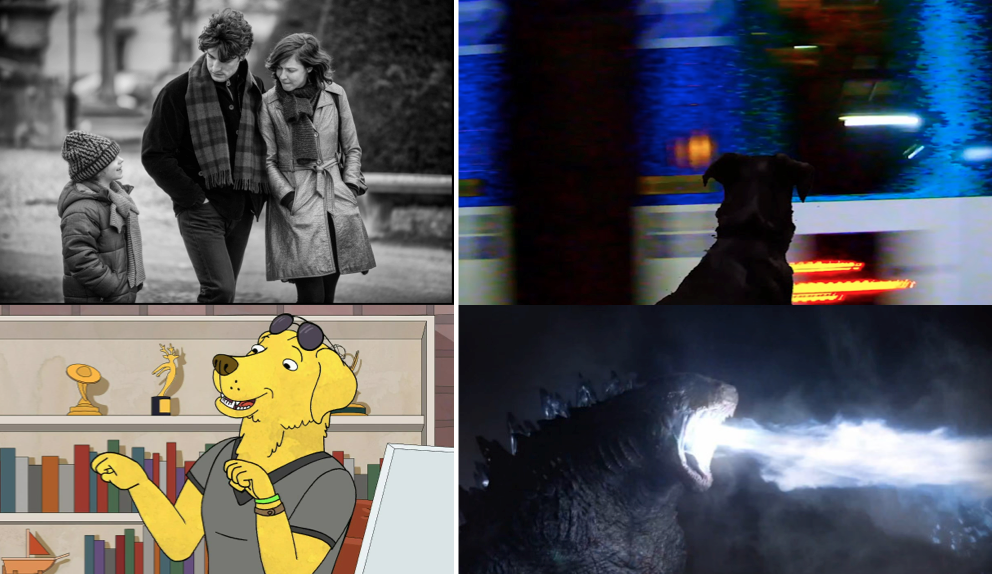 "Those lacking in imagination take refuge in reality." So speaks the first line to one of the ten eleven films that appear on Part 2 of Peter Labuza and Keith Uhlich's countdown of the best films of 2014. And what better describes their choices than fantastical images—prehistoric beasts, dogs (talking and non-talking), magical lands, and even more magical loves—bringing us closer to truth. From the snowy peaks of Zubrowka, the peaceful beaches off the coast of France, and inside a female uterus, Keith and Peter search for films that transform the way they see the world. The truth can be tough to swallow ("Well that's depressing," as one character might say), but these films make seeing it all the better.

Read Keith Uhlich at The AV Club, L Magazine, and To Be Cont'd.
Follow Keith on Twitter.
Notes and Links from the Conversation

Peter's reviews of Nymphomanic and Godzilla.

-Fifi Howls From Happiness is currently streaming on Amazon
-The title painting as seen on the power
-"The Unknown Masterpiece" by Balzac
-Ignatiy Vishnevetsky on Listen Up Philip
-Mike D'Angelo's dissenting take on Listen Up Philip
-Alan Moore's Lost Girls
-David Ehrlich on Godzilla as a "post-human blockbuster"
-Glenn Heath Jr. on Godzilla
-Peter on Godard's Historie(s) Du Cinema
-David Bordwell on Goodbye To Language
-Dan Sallitt on the ending to A Summer's Tale