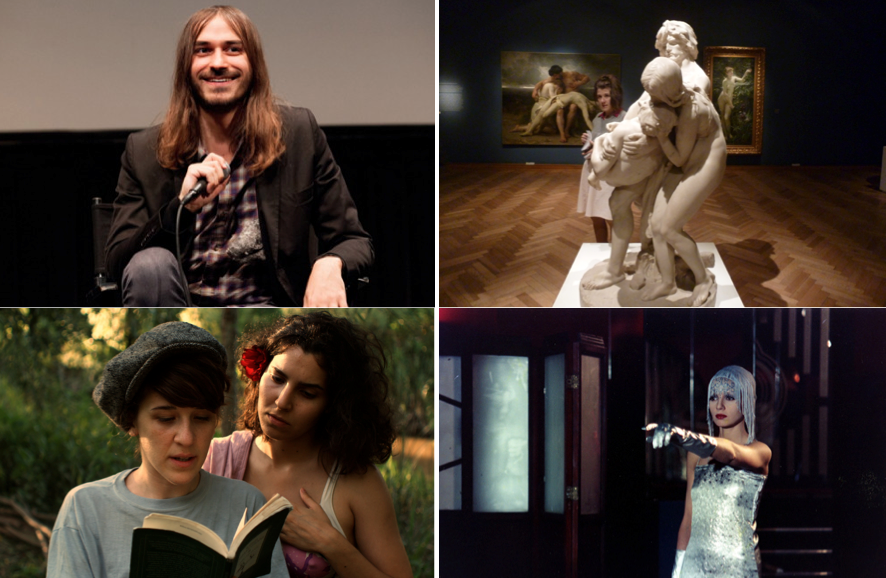 "It's all these things of when you are trying to dialogue with the reality of the shooting. Everything gets mixed into the shot that it is."

When cinephiles think of international cinema today, there's a good chance they conjur up images of peasants walking through nature for an uninterrupted 10 (or 20!) minutes while trees rustle in the wind. The films of Argentinian director Matías Piñeiro couldn't be further from that image, and are also an absolute delight: beautiful young adults mixed in love triangles through Buenos Aires, reciting history and Shakespeare all while constantly changing their identities (and all under 75 minutes!). His films—The Stolen Man, They All Life, Rosalinda, Viola, and now The Princess of France—represent some of the most exciting and unique contemporary filmmaking today. So Peter sat Matías down to investigate his upbringing in Bueno Aires, his adaptation process when working with great texts of literature, and how he integrates realism into his work to find fantastical elements. Finally, they discuss Jacques Rivette's B-movie homage, Duelle, a masterclass of documentary and the magical, and a film with a surprising connection to Argentina's cinematic history.

The Stolen Man is currently on YouTube. Viola is available for streaming on iTunes and YouTube, as well as Blu-Ray via Cinema Guild. They All Lie and Rosalinda are currently unavailable in the United States. The Princess of France will be released by Cinema Guild later this year.
Notes and Links from the Conversation
-Peter on Blackhat
-The Adventures of Chatran is actually The Adventures of Milo and Otis as it was cut for United States audiences.
-A sequence from Trapito
-Rebecca by Daphne du Maurier
-Universidad Del Cine
-The trailer for Sivia Prieto by Martín Rejtman
-The Jeonju Digital Project and Rosalinda
-Elena And Her Men
-The famous "siesta" scene from Renoir's The River
-Anthology Film Archives' "Matias Pineiro Selects" Program
-Joantahn Rosenbaum on Duelle screenwriter Eduardo de Gregorio
-Rosenbaum on Duelle and its companion film, Noroit
-Un Chien Andalou
-Below is the scene I described from Rosalinda with the two girls running "backwards" out of the water.