Episode #58 - Fernando F. Croce (Once Upon A Honeymoon)

"I think of films at these points where older films go into and newer films come out of."

Reading Fernando F. Croce's work, you get the sense that his criticism is more of an ode to the gods that create cinema than descriptions of moral material. They are filled with such romanticism and specificity that each line feels as intensely sculpted as the contours of a Bernini. So Peter was absolutely delighted to travel up to San Jose to talk about film with the Brazilian born critic, including the influence of Manny Farber, seeing art as a great unconscious that spills between films and beyond, and the two pillars that hold up this great art. The two then dive into the truly unique world of Once Upon A Honeymoon, a Leo McCarey romantic comedy following Cary Grant and Ginger Rodgers as they flee the Nazi invasion of Europe, creating a pathos that includes both sexual innuendo as well as sympathy for the plight of a soon to be exterminated people.

Read Fernando F Croce at his website CinePassion, as well as on Slant, Mubi, Reverse Shot, and Keyframe Daily. Follow him on Twitter.
Watch Once Upon A Honeymoon on YouTube or Amazon.
Read more »
Posted by Peter Labuza at 9:05 PM No comments: 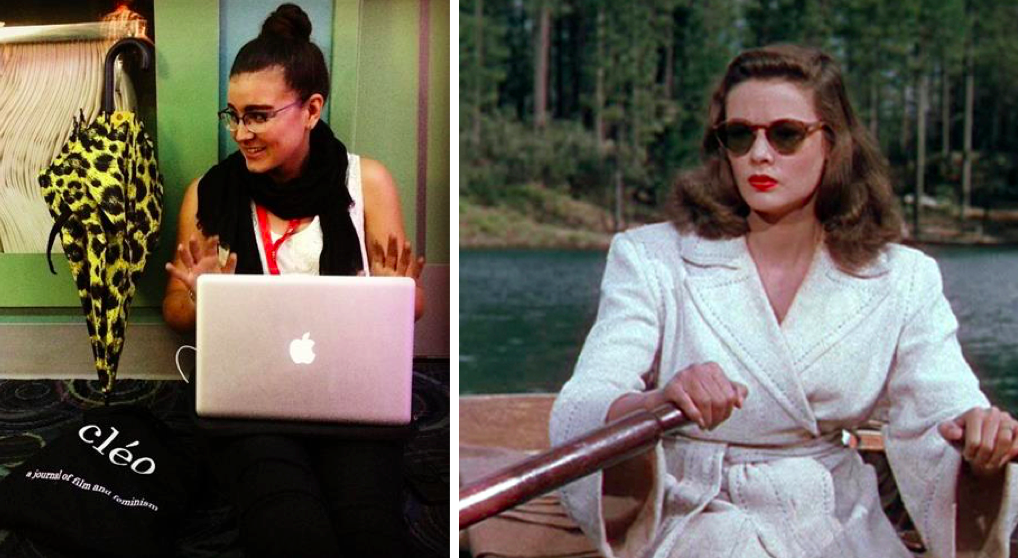 "Watching movies for me is not a passive experience. It's an active one."

Kiva Reardon isn't one to completely define what her work is, but for the past two years, her new journal cléo has broadened the conversation around cinema and feminism in a unique and exciting way. In this second Toronto-based episode, Kiva talks to Peter about growing up with classic movies, trying to deconstruct pop culture items (including but not limited to: Drake), and the gestural bodily cinema of Claire Denis. They then move onto forming cleo, and why its diversity in terms of both content and form has been one of the key aspects to its success. Finally, Kiva brings in the 1945 Technicolor noir Leave Her To Heaven with Gene Tierney, and the two discuss it as a template for a more recent murderous melodrama: David Fincher's Gone Girl.

Read Kiva Reardon on cléo, Cinema-Scope, The AV Club, and Keyframe Daily. Check out her personal website to follow all her writing. Follow her on Twitter.
Leave Her To Heaven is out on a very nice Blu-Ray via Twilight Time.
Read more »
Posted by Peter Labuza at 9:05 PM No comments: