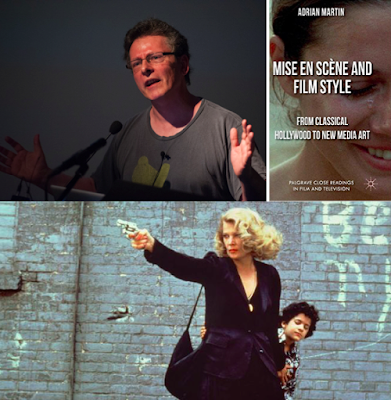 "The idea is not knowing what you're going to write, and to be open to your unconscious. If you're having a free association, it's because it's actually meaningful."

In an age in with the image friendly world of Twitter and Tumblr has made it all to easy to isolate our favorite shots in cinema, Adrian Martin wants to return us to movement. His new book,  Mise en Scène And Film Style: From Classical Hollywood to New Media Art examines the historical and contemporary uses of the French term to describe how frames can turn in style, tone, and intensity, all without an edit. In this trans-Atlantic recorded interview, Adrian discusses his origins as a cinephile in Australia, how the Internet both gave him a voice and provided new challenges, and his continual search to allow films to speak to him in new ways. Finally, they discuss Gloria, a forgotten work by the legendary John Cassavetes, which takes the filmmakers intensely rhythmic style on to the streets of New York for a gangster thriller with Gena Rowlands.

Read Adrian Martin at de Film Krant and Keyframe Daily.
Check out his two journals, LOLA and Rouge.
Adrian's books include Mise en Scène And Film Style: From Classical Hollywood to New Media Art, The Mad Max Movies, Movie Mutations: The Changing Face of World Cinephilia, and Once Upon A Time In America.
Gloria is available on YouTube.
Read more »
Posted by Peter Labuza at 9:05 PM No comments: 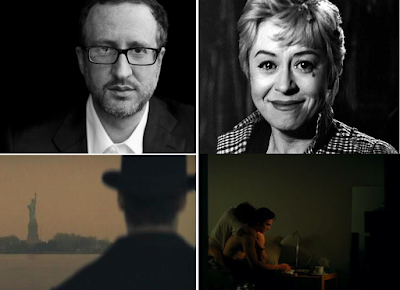 "I believe in story. I think we need it."

Cinephilia begins with one thing: the love of a gesture, a line of dialogue, the way a camera moves. In the contemporary landscape of filmmaking, whose work better inspires cinephilia that of James Gray? The filmmaker of Little Odessa, The Yards, We Own The Night, Two Lovers, and The Immigrant joins Peter on the podcast to discuss his meteoric rise in the world of filmmaking, his attention to detail in trying to build each of his characters, the production process behind some of his most breathtaking shots, and the importance of story in cinema. Finally the two turn to Federico Fellini's 1957 masterpiece Nights of Cabiria, examining how the film conveys the most important aspect that art can do: the fundamental human decency of any person.

James Gray's films can be viewed on Google Play or purchase on DVD and/or Blu-Ray from most retailers. We recommend purchasing the 2005 DVD of The Yards, which is the only version of it that retains the film's original 2.35 aspect ratio.
Nights of Cabiria is available via The Criterion Collection.
Read more »
Posted by Peter Labuza at 9:05 PM No comments: