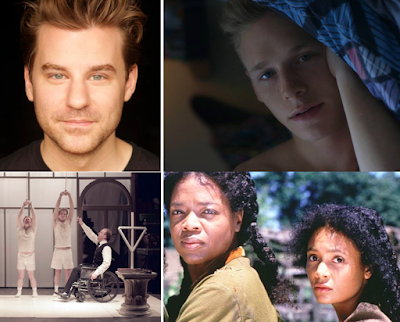 "I'm always just thinking about trying to get life right."

There are no curtains in the films of Stephen Cone. Well, there are literal curtains, but Cone never attempts to hide the surfaces of his characters, or really paint into anything than what they truly are. The Chicago based filmmaker sits down with Peter on the eve of the local premiere of his award-winning new film, Henry Gamble's Birthday Party. Stephen traces his cinephilia from Kentucky to New York to Chicago, discusses his respects for the craft of criticism, and explains his approach to collaborative sets and trust in making films like The Wise Kids and Black Box. Finally, the two dive into the show's third Jonathan Demme film, his adaptation of Toni Morrison's post-modernist novel Beloved. Declared a vanity project when initially released, the two explore the relationship between Demme and his actors, crafting an unflinching, truly humanist portrait of the American South by embracing subjectivity in the post-slavery era.

More from Stephen Cone. Watch The Wise Kids on Netflix, Hulu+, Amazon, or iTunes. Watch Black Box on YouTube, Vimeo, Amazon, or iTunes. Visit the website for Henry Gamble's Birthday Party and watch the trailer.
Watch Beloved on Amazon or iTunes.
Follow Stephen on Twitter.
Notes and Links from the Conversation
—Our Chantal Akerman episode will go up later this week.
—More from Justine Smith
—The Cincinnati Pops
—The scores of James Horner
—The trailer for The Pelican Brief
—Profiles of Stephen by Michael Phillips in The Chicago Tribune and Ben Sachs in The Chicago Reader
—Tower Records Video
—Stephen on The Long Day Closes
—Check out the Dave Kehr blog comments world
—Kehr's When Movies Mattered
—Listen to our episode when Dave Kehr
—The Acting Studio Lab
—Stephen's Lab Shorts
—Kent Jones on the late 80s French filmmaking Renissance appears in Visions in 1992, "Living in Film Time."
—Hoberman also described Terrence Davies's films as Hyper-Realism
—The dance scene in Claire Denis's U.S. Go Home
—More about Ignatiy Vishnevetsky's Elle Lumme
—Duran Duran's "Ordinary World"
—The conversation between Jonathan Demme and Werner Herzog, also available on the DVD for Encounters at the End of the World
—Karina Longworth on the history of Beloved
—Harry Knowles's pan of the film
—Dave Chapelle's parody of Roots