"That's the heart of independent film...
Figuring out your limitations and then turning them into strengths."

David Wilson had a vision for his dream film festival—and now he has it. The co-founder of Columbia, Missouri's RagTag cinema and now one of the creative heads behind the True/False Film Festival, David has succeeded in transforming the way people can think, imagine, and design a film festival without the prohibitive nature of bending to the economic whims of Hollywood, while also engaging with the most aesthetically groundbreaking cinema without alienating audiences. Peter was lucky to catch David right in the middle of the flurry, and talk to him about his interest in coming back to the Midwest, his own documentary work, and why True/False captures the heart of so many filmgoers, whether they would call themselves cinephiles or not. Finally, the two discuss Harmony Korine's Gummo, a film that David hated so much because of its fictional representation, until it began to appear more and more like a documentary. 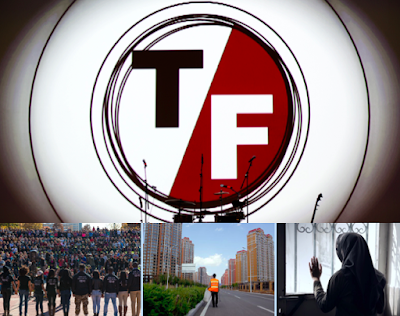 One might not expect much from a film festival right in the dead center of America's Heartland, but for thirteen years, True/False has been changing the way to think about the micro-film festival as well as the form of cinema in major ways. In this dispatch from Columbia, Missouri, Peter sits with critics Sam Adams, Tim Grierson, and (eventually) Scott Tobias to look at how the documentary-oriented festival puts aesthetics into the conversation while remaining politically engaged. While the subjects can be galvanizing—the US prison system, delinquent teenage girls in Tehran, Chinese miners, the fall of Iraq—the films continually break the mold for how one thinks about the format by exploring the relationship between the filmmaker and their subject. Plus, a discussion about Concerned Student 1950, a student-made documentary addressing the issues of the University of Missouri protests in 2015, and what its premiere could mean for the future of the festival.