"The main thing about the movies I show is that I'm enthusiastic about them, and that's how I'm going to present them."

In an age where cinephiles are now open to experiences from every little corner of the globe, something about French cinema will always remain a cornerstone of fascination. At the vibrant Cinefamily repertory house near Hollywood, Kalyane Lévy brings audiences into the illusions of the French going experience with her monthly program La Collectionneuse. Kalyane sat down with Peter to discusses her childhood filled with art in France and her migration to Los Angeles. She opens up about the challenges of a programmer of international cinema as well as the rewards of audiences excited about works of esoteric love (as well as the unique atmosphere of the screenings). Finally, the two dissect a very off beat film, Going Places by Bertrand Blier starring Gérard Depardieu and Patrick Dewaere as a couple of horrifying horndogs terrifying the women of France...or perhaps they are actually opening up their desires? 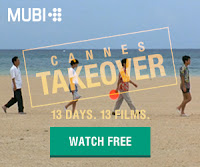 "Never be superior to the text. You just know some stuff because you were born later."

History is a malleable object, and how we understand the past begins with important events, speeches, documents, and objects, and then the connections we make between them. But movies can tell us just as much about the past, and for Professor Thomas Doherty, the story of Hollywood is very much the story of American culture. Doherty sat down with Peter during the annual Society for Cinema and Media Studies conference to discuss how he found his way into the emerging field of film history, and his interest in everything from teenage exploitation films to "the most important man in Hollywood" who had his hands of every studio film. They explore the morality of history, and how one examines "characters" of the past and understanding their perspective (especially when it's their relationship with the Third Reich). Finally, the two look at the ultimate film noir, Out of the Past, and question how and why this seemingly frivolous B-movie has risen to an all time canonical classic.