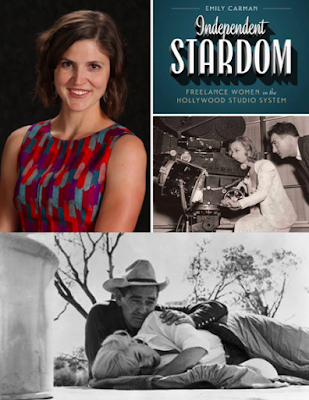 "It's important to be reflexive about the archives and materials you have to work with when writing film history."

If you know a bit about Classical Hollywood, you probably know that as much as the stars of the 1930s showed glitz and glamour on screen, they were often slaves to the whims of the studios that owned them. Or did they? Emily Carman of Chapman University joins Peter to discuss her book, Independent Stardom: Freelance Women in the Hollywood Studio System, which explores the legal contracts behind stars like Carole Lombard and Irene Dunne, who were able to find control over the films and public image they made in an unprecedented matter decades before the independent takeover. Emily also discusses the importance of thinking about archives in film research, the tactile nature of film studies, and rethinking how to approach a feminist film history. Finally, Emily brings her knowledge of the city of Reno to a discussion of John Huston's The Misfits, a film with stars morbidly moving through a dying space that Peter declares it "the death of classical cinema." 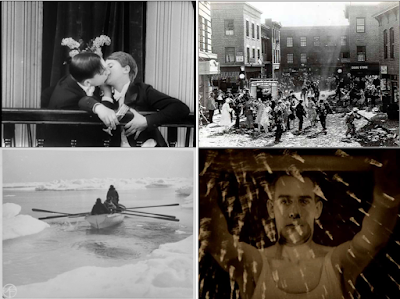 "When I go to see silent films, I'm constantly struck how everything that was done in the sound era was done by a silent film artist...the silent era is complete."

Amazing on location photography in harsh environments...progressive films about controversial political women...groundbreaking special effects that dazzle with a flurry of colors. These films might sound like what showed up at the Oscars last year, but they were all made during the silent era. In his second trip to San Francisco's epic weekend of gems of the first decades of cinema, Peter once again finds himself in awe of the talent on display: whether it be the work of the archivists in discovering and restoring these prints, the cornucopia of musicians providing unique accompaniment, or the grand scale of the Castro Theatre itself. Silent Film devotee Victor Morton once again joins Peter as they tackle films from five countries with hobos, pie fights, cross-dressing, and split screens (take that, Brian De Palma!)