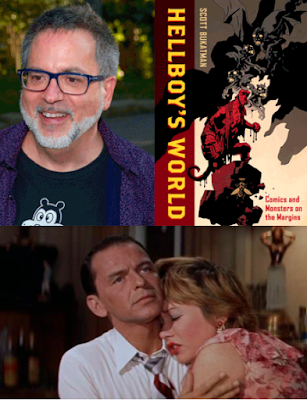 "We know from our training as archivists that these are tricky materials to integrate into mixed collections of other record keeping...so what's happening?

While this show has often staked its interest in the kinds of audiovisual materials we come to praise as art, there are many different types of moving image materials out there. None feels more pertinent to our moment today than the discussions around the introduction of police body-worn cameras alongside the amateur videos that display evidence of police brutality toward members of the African American community. To address these topics is often to approach them from one of politics, but a surrounding series of questions deals with many of the same questions that cinema-minded people might find familiar: what can we learn from analyzing how they were made? What elements are manipulation are present? How will these videos be stored? What access should the public have? What is the emotional affect of viewing them?

Today's guest, Snowden Becker, has worked as a program manager for UCLA's Moving Image Archive program and the co-founder of Home Movie Day. She's also spent over a decade researching the judicial system's management of audiovisual material, and is the co-manager of this week's National Forum, "On The Record, All The Time: Setting An Agenda for Audiovisual Management," which will bring together legal scholars, social justice activists, camera manufacturers, and the LAPD among others to workshop these issues. In this episode of the podcast, Snowden discusses many of the issues that come out of a cinephile interest when it comes to thinking about these types of videos, as well as what it means to be a public citizen engaging in this emerging genre.