"There's a lot of contextual information at film festivals that's really interesting...festivals are so often a tool for someone in power."

What does cinephilia look like when your local theaters are not filled with Hollywood's spectacle driven blockbusters, but films that feature action, romance, and musical numbers all at the same time? And how does that change the way you look at art cinema or festivals in general? Mumbai film critic Laya Maheshwari has thought about his own views for much of his career, and now shares those experiences with Peter. From the international travel to festivals both in Europe and elsewhere (including North Korea), to the continually evolving industry of Bollywood, Laya provides insights that are often missed from the perspective of the West, and grapples with what it means to be both a cinephile and yet often turn to only writing about what occurs locally. The two top it off with a look at one of the all time (no country specification needed) great films: Sholay. How did this masala film become the defining phenomenon as it has? 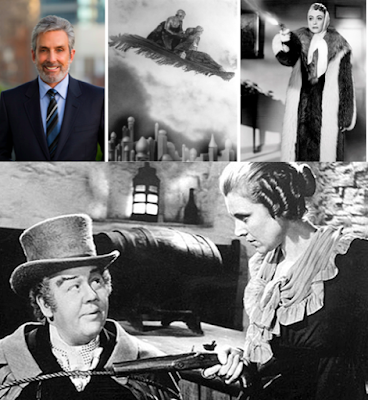 "There are people who collect art. I like to think I collect art films."

You can get a panoramic view of Los Angeles from the office of Charles Cohen, a real estate mogul who about a decade ago returned to his true passion for cinema. But Cohen does not need to impress with optics: his commitment to restoration and exhibition of silent films, Classical Hollywood, art cinema, and new foreign language works speaks for itself. With a new theater in New York on the way, Cohen has also taken a handful of the titles from his expanding cinema library and is now presenting them on public television through KCET. In this roundtable interview at the Pacific Design Center, Cohen discusses his background and continuing plans to develop cinephilia, and what separates him from the other financial giants whose role in film development alongside their political affiliations has many asking questions about who makes what we watch.