"I think there's a place for the skills that we learn as cinephiles in the world at large."

If the cinephilia of lining up on small streets of Paris and New York for obscure rare prints of art films and the auteurs of Hollywood to appreciate the wind in the trees has died with Susan Sontag, what has replaced it? This is one of many questions asked by blogger Girish Shambu in his book The New Cinephilia. In this final report from SCMS, Girish discusses his childhood in India and how he became interested in not just film but the kind of critical discourses it creates, and how he sees himself functioning within that world. The two talk about the opportunities and challenges that cinephilia faces in our current moment, both in terms of the expanding definition of media and its relation to politics. Finally, they turn their eyes toward the ever nebulous group of coy German filmmakers known as the Berlin School, and in particular, Thomas Arslan's Klondike-trekking western Gold with Phoenix star Nina Hoss. 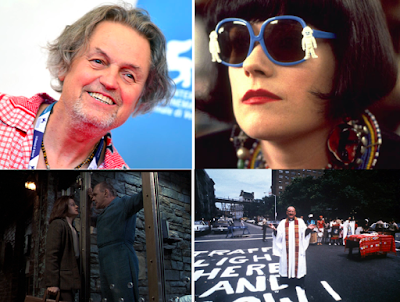 Jonathan Demme began his film career 50 years ago while working for Joseph Levine's production company in 1967, carving a path that resembled no other director in American film. His narrative films ranged from the grindhouse to Oscar prestige pictures to indies and more. Beyond fiction, he made documentaries about musicians and politics, music videos for the coolest bands, and a number of television episodes that gave life to the so-called writer's medium. While the word humanist gets thrown around carelessly, Demme deserved that term for the worlds his films enveloped and the generosity he showed each and every character while often creating an implied utopian vision of diversity. This special episode mourns the death of one of the great directors, as Peter invites on Jake Mulligan and Willow Maclay to discuss the multifaceted career of a director destined to cement a place in the canon. Plus, we revisit that oft-discussed director with three Double Exposure discussions with former guests.