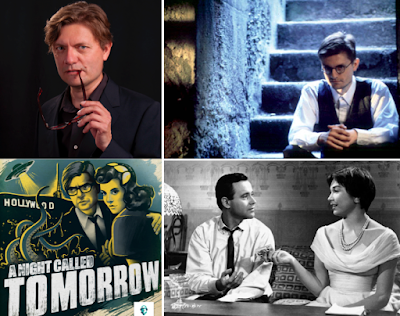 "Some of my favorite moments in acting are moments where people say, 'Did I get any messages?' Those mundane moments are just as important."

Watching an actor transform in an unexpected way—even if the particular action is so simple and its context so mundane—can be a revelatory experience, and the kind that draws us into the movies we adore. James Urbaniak has made that something of a career, giving us the quiet internal rage inside Simon Grim in Henry Fool, the secretly menacing stares of Grant in the TV series Review, and the dozens upon dozens of strange voices he's taken on for series like The Venture Brothers. In this episode, James sits down with Peter to get into the technical and philosophical ideas that drive his character actor career in a number of shows, while also discussing how his love of Classical Hollywood has influenced his decisions—including his noir homage series, A Night Called Tomorrow. Finally, the two dive into Billy Wilder's The Apartment to explore how they actors take the screwball zaniness of the script and make it melancholy, and turn the film's dramatic shifts into comedy.