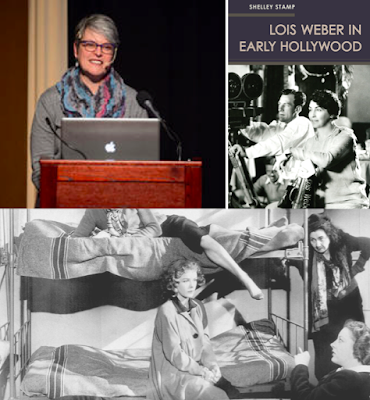 "We hope to chip away at this persistent myth that there weren't many women making films in Hollywood or they weren't of consequence. It's an extraordinary body of work"

One of the most critical ways that women can break the overwhelming male-controlled industry in Hollywood is acknowledging how central they have always been to its existence. UC Santa Cruz Professor Shelley Stamp has been on the forefront of that narrative, exploring how women dominated silent film culture both in terms of their moviegoing habits and the films they created. The author of Movie-Struck Girls and Lois Weber in Early Hollywood sits down with Peter to discuss the critical wave of film historiography that blossomed during her early career and the pre-internet research methods she used to create these and other texts, as well as what the future of the field may hold. Finally, they dive into Ida Lupino's directorial debut Not Wanted and look at both the similarities and differences between her and Lois Weber as the actor charted a new type of social problem film for the noir era.