"Cinephilia is always bigger than yourself."

Every guest of The Cinephiliacs has had their chance in the hot seat to be questioned by Peter on a myriad of topics, but never the other way around. In this very special 100th episode, it is the guests who have control of the mic. Friend of the show Keith Uhlich plays host for an episode to ask Peter about his first cinematic memory, how the podcast got started, and why he turned to film history. Along the way, many other former friends call in to ask their own questions about his favorite theaters, the films he just doesn't understand, and the lessons he's learned through the course of the show. Finally, Peter finally chooses the film and goes with John Ford's enigmatic biopic The Long Gray Line, a story of the military and America in a way that neither Keith nor Peter can wrap their heads entirely around, but find themselves in tears at the end nonetheless. Is it shallow patriotism, or is Ford crafting the most mysterious anti-war film ever made? 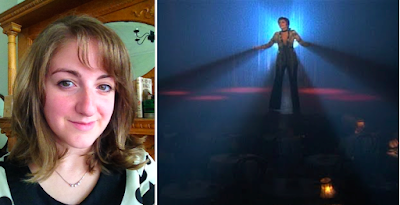 "We're format agnostic, but we understand our tradition as a film-on-film distribution."

The avant-garde just doesn't "happen." It has relied on institutional networks that create any sort of art world to help it find its publics. These networks are just as critical as they were 50 years ago, and Antonella Bonfanti works to keep that tradition alive. The director of the San Francisco based Canyon Cinema sits down to discuss how she fell in love with the tactile form of film and found herself working with home movies and other amateur formats before joining the famed distribution company for experimental cinema. She then explains how Canyon continues to operate and its bright future in finding audiences in the digital age. Finally, she and Peter put on their jazz hands to highlight the work of Bob Fosse's Cabaret, which of course turns into what else but a Liza Love Fest.