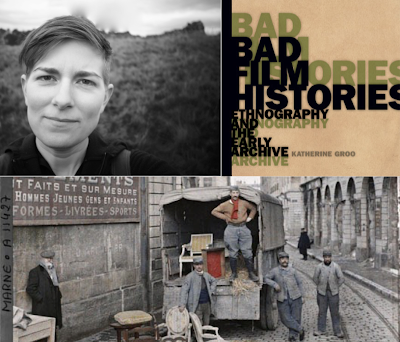 "I've been thinking about archives as sites of mediation, as sites that are doing things to artifacts and objects, and what we do to them as well."

In the search for reclaiming masterpieces, creating streaming services that put every film at our fingertips, and investigating narratives that simply continue variations of the canon, what have we missed? What happens when we put our foot on the breaks and reconsider not just the what's of cinema and media history but the hows? In her extraordinary body of research, Professor Katherine Groo has been looking toward the objects that film history often ignores, simply because it seems there is nothing to do with them. The result in her new book, Bad Film Histories, considers some methods and ideas of how to approach a particular set of objects: early ethnographic film. From there, Peter and Katherine look into her much discussed op-ed for the Washington Post on the role of streaming services like FilmStruck and end by examining not a film but an archive: a set of films and glass plates collected to create an archive of the world by Albert Kahn. Needless to say, it is the odds and ends there that remain more fascinating than considering the body of work itself.