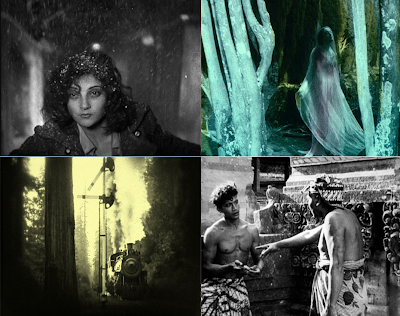 After a year hiatus, Peter returns to the Castro Theatre alongside Victor Morton to check back in with the good folks at the San Francisco Silent Film Festival, now in their 24th iteration. It's more proof that this cinephile culture is alive and well and always expanding toward new avenues despite its century longevity. This year includes discoveries from both the studio era of filmmaking as well as unique corners of the globe, featuring narratives of fallen women, activist women, and women willing to push their vanity to death itself (also the occasional man). The surprise of the festival in part is seeing this period of history both in its innovations as well as its regressions, which sometimes work to turn seemingly simple works into complex objects. Within this, great artists appear: some known and others now reclaimed. Join Peter and Victor as they work their way through this excellent set of films.