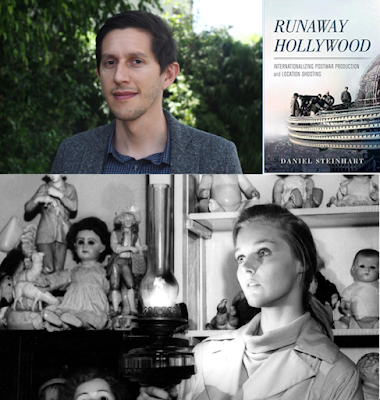 "When Hollywood films go overseas, they do have to become more flexible and adaptable, but that has always been the case."

As much as many will espouse the "universal language" of cinema, the experience of both making and watching films from location to location is full of fascinating difference. As someone who grew up watching films in both America and Colombia, Daniel Steinhart became attuned to look for these differences as he traveled film festivals as well. But his book, Runaway Hollywood, moves from the audience to the filmmakers who escaped the studio lot and made works across the globe in the postwar era. Peter and Dan discuss this fascinating taxonomy of taxes and tea, gaffers and genre, politics and panning shots. How exactly could this cultural exchange create a change in film style? Finally, they dive into an oddball thriller from Otto Preminger shot in London, Bunny Lake Is Missing, examining how this film balances both its unique locale and the demands of its auteur.

Read more »
Posted by Peter Labuza at 9:00 PM No comments: