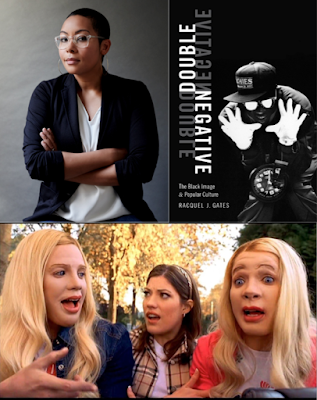 "The images, lines, and things that people quote are never the ones that get written about...It seems to me the way people engage these movies is much more complex."

In some regards, cinephilia often defines itself in knowing what is good from what is bad, highlighting the rarity of intention and execution in a select few texts from the rest of the trash. But what about those supposedly bad films? Do they not offer insight into our culture as well? In Double Negative, Associate Professor Racquel Gates explores the supposed bad mirror image of black cinema and television from the 1980s and beyond. Looking at a set of nearly forgotten works, Gates examines how these texts reveal insights into black popular culture often ignored by the mainstream. As Peter and Racquel discuss, these texts often aim to show a slice of American life what is usually acceptable in white popular culture—if only simply showing suburban middle-class life. In their final segment, they dissect the topic of whiteness with the 2004 Wayans Brother flick White Chicks, a very silly film with a very insightful dissection of privilege and femininity, as well as absolute sheer gross-out humor.