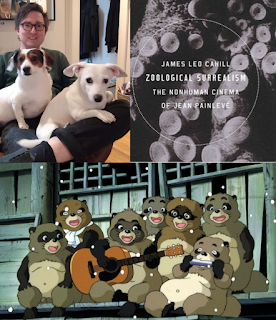 "If we’re to think of film philosophy or critic theory, cinema does in fact have a role in the upheaval of thought in the way the medium itself can do a kind of radical critique of presuppositions.”

As a constant Instagram user, I find it hard not to love the numerous videos of mammals and other species in behavior whose response always comes down to "they're just like us!" But what about that history of cinema that shows us how animals are not like us, and perhaps encourages us to think outside our own worldview. In Zoological Surrealism, University of Toronto professor James Leo Cahill explores the wondrously strange history of filmmaker Jean Painlevé, best known for his documentary The Seahorse, and explores the numerous scientific films and how he and his collaborators essentially embraced a different worldview by merging art and science. In this long ranging history, James takes us through his first fascinations with cinema and animals as well as through the numerous unique theories he develops through tracing a transhistorical understanding of Painlevé. Finally, the two embrace every emotion through examining Pom Poko, a curious anime from Studio Ghibli that traces the last years of a dying species and celebrates the way we feel loss....a film quite appropriate for our current moment. 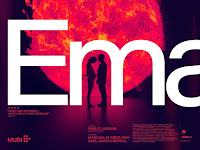 Nothing is more frustrating in our streaming era than turning on any specific app and suddenly staring hundreds of movie posters with only an algorithm trying to decide what you might like (especially if such product is actually made by the company to help its margins). But what if there was a streaming site that only offered a single movie a week, and maybe not even a feature but a short or medium-length feature? And what if it had circulated ultra-rare films by Claire Denis, Hong Sang-Soo, Matias Piñeiro, Jonas Mekas, and fascinating filmmakers you had never heard of? That's the promise Marie-Louise Khondji has brought to her site Le Cinéma Club. Marie sits down to talk about growing up with her father (the cinematographer Darius) and how she moved into management through distribution and production before starting a site to help filmmakers showcase work that needed an outlet and created to be accessible for all. Finally, the two talk about the wonderful Jonathan Glazer film Birth, and how it seems to capture a certain timeless stasis of its upper elite New York culture.