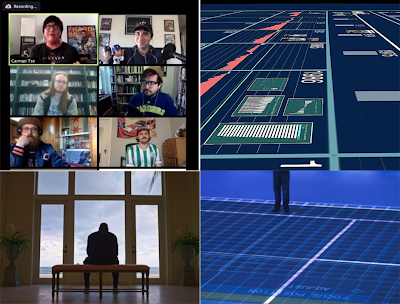 Desperate for bodies in motion, five quarantined cinephiles joined Peter and a number of podcast listeners on Zoom to talk about the recent non-fiction films they've been devouring on the world of athletics. Some shows favor the classic narratives; others a different approach. All made for a great happy hour. Join Peter alongside Carman Tse, Nate Fisher, Eric Marsh, Jake Mulligan, and Matt Ellis for a talk about ESPN and the NBA's ten hour "examination" into Michael Jordan and the 1998 Chicago Bulls with The Last Dance, Jon Bois and Alex Rubenstein's expose into the history of baseball's oddest team with The History of the Seattle Mariners, and Theo Anthony's 30 for 30 special on tennis replay, Subject to Review, which might not actually be about tennis but all society. Plus, they remember some guys. Man, remember those guys? Whatever happened to those guys???? 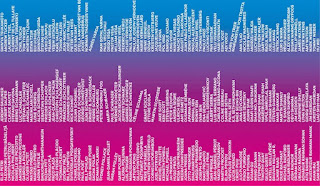 Notes and Links to the Conversation
—Thanks to the guests: Carman Tse, Nate Fisher, Eric Marsh, Jake Mulligan, and Matt Ellis
—The Last Dance is streaming on ESPN, The History of the Seattle Mariners is on YouTube, Subject to Review is on ESPN+
—The story behind the legendary footage for The Last Dance
—Jason Hehir's interview with Recode
—The Flu Game
—Jacobin on The Last Dance
—Eric Marsh on the Six Rings podcast
—David Halberstam's Playing for Keeps
—Joel Anderson on comparing The Last Dance to When Nothing Else Matters (about Jordan and the Washington Wizards)
—Sam Smith's The Jordan Rules
—Donald Trump on Citizen Kane
—The United Center, aka "The House That Jordan Built"
—Recommended 30 for 30s: June 17, 1994, Winning Time: Reggie Miller vs. The New York Knicks, No Crossover: The Trial of Allan Iverson, Celtics/Lakers: Best of Enemies, The Two Escobars, Once Brothers, Bad Boys, Run Ricky Run.
—The Bad Ones: The '85 Bears, Four Days in October
—Age of Fracture
—Jon Bois's The Dugout
—FreeDarko.Com and Liberated Fandom
—Effectively Wild's "Hall of Fame" item discussion
—Other Bois Projects Mentioned: The Search for the Saddest Punt in the World, 17776, The Saddest Plate Appearance of All Time, The Bob Emergency, Pretty Good: Koo Dae-Sung
—I was incorrect! The Dodgers had five straight walks! Accordingly, "no game had ended on five consecutive walks, with no outs in between that streak of five straight walks."
—Veeck As In Wreck: The Autobiography of Bill Veeck
—Jim Bouton's Ball Four. Bouton plays Terry on The Long Goodbye
—The Sonics mentioned by Matt is Sonicsgate!
—The USS Mariner
—I discuss Rat Film with Theo Anthony
—Jake talks Subject to Review with Theo
—Ben Lindbergh and Travis Sawchik's The MVP Machine
—STATS Incorporated
—The New Yorker explores the disaster that has been Hawkeye in English Football
—What is Remember Some Guys?
—Curt Schilling and his dumb games company
—Kyle Seager's Grand Slam